OK. I should be happy. We are getting this disorder under some measure of management. However, I’m not. I’m going to follow this under “got an inch, want a mile.”

I am driving short distances. I attended a 2-hour seminar last night on Digital Marketing. It was phenomenal, not only the information, but being able to be free. There, of course, were additional meds involved, but the result is that I made it. I survived it. I took notes and contributed some bits of information to the seminar.

I’m involved in publicizing the effects of Kennedy’s Disease to a global audience. That is cool. I’m gaining global recognition for my frankness and my ability to get the word out. Great.

I’ve contributed to beta-testing of a release of AmiKit and have received recognition in the credits for working with a global team to pick out bugs and work to validate the release. Wonderful.

I want to do things like I used to do. I can’t and likely never will.

I love digital communications. I’ve been involved with them directly since 1992 and indirectly several years before. My first webpage was published in 1994/5 (I can’t remember exactly when I learned HTML.) My first time on a chat client was during the Oklahoma City Bombing, April 19th, 1995.

What I want is interaction with people, outside of my home and to be able to do things for them. 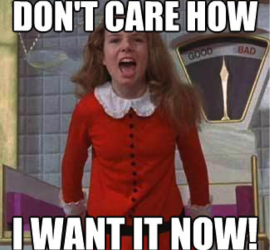 I should be ashamed of myself. But, I’m not. Not yet. I want to do something physical of merit. And, I can’t

O.K., I’m going to try to stop whining and get on with life.

What I hope people understand, is that a disease like #KennedysDisease doesn’t just affect you medically. There are financial, physical, social as well as emotional issues to be addressed. I know, I should heed my own words in the article “Why Not to Despair” and I will. I’m going to read them now.

Hopefully, I can teach me something.

This “journey” is definitely educational.  I’ve got to extend my definition of “friend” to include people who do not a big deal when my legs go out and then even less of a big deal when I can’t continue to play cards.  They handled it better than I did.

Wow.  That is all I can say.  They made me feel like my disability was just a “thing” and a little one at that.  No drama.  “Oh, you can’t throw cards anymore?  Cards were only part of the evening.  Talking was another part.”

I pray when this world is over, their maker remembers this and says, “Yep, you’re good. Go on.”

Small drops of kindness create a tidal wave of compassion.

I am learning how to lean on friends.

I am undoubtedly leaving some out.  And, for this, I am truly apologetic.  They deserve to be listed and rewarded.

Above all, I have a friend in Christ.  He continues to walk with me (carry me like 98% of the time).

The interesting thing, is that not all my friends consider themselves Christians or even believe in God, or even a higher power.  Diversity is what makes them strong.  They are my warriors. They do battle against this enigmatic wretched disease and put it in its place.

Thank you all, I adore each of you,